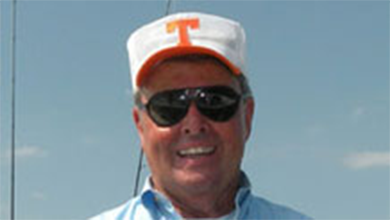 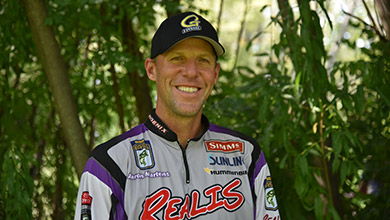 Read Full Bio
Aaron Martens has been instrumental in the development and proliferation of the Gamakatsu's G-Finesse Series of hooks. The G-Finesse Drop Shot, Heavy Cover, Treble and others were specifically designed by Martens and the Gamakatsu team. Aaron Martens is the 2005, 2013 and 2015 Toyota Bassmaster Angler and a four-time runner-up in the Bassmaster Classic. He's widely regarded as the best natural angler in the Elite Series and perennially ranked among the top 10 anglers in America. He has competed in nearly 250 tournaments and produced 6 wins, 55 top-ten finishes (including three 2nd place finishes in the Bassmaster Classic), and over $3,000,000 in career winnings across FLW and BASS. There is no question why Aaron continues to dominate the sport. On his pro website, he talks about his love for fishing saying “Ever since I was a kid in California, my dream has been to fish for a living and to do it with the best of the best on the Bassmaster Tournament Trail. I remember watching “The Bassmasters” on TV when I was seven or eight years old, and I knew that’s what I wanted to do.” He followed that dream in becoming one of the best competitive fishermen.
https://www.aaronmartens.com/https://majorleaguefishing.com/angler/aaron-martens/ 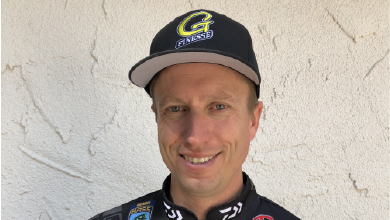 Read Full Bio
Brent Ehrler is a professional angler from Redlands, CA. The 2018 Bassmaster Elite Series season will mark Brent's fourteenth year as a professional angler. Brent has earned over $2,000,000 in career earnings, nine career wins and a Forest Wood Cup title in 2006. Brent's first year efforts on the Bassmaster Elite Series earned him Rookie of the Year honors and a spot in the 2016 Bassmaster Classic. We also saw Brent crowned as the 2015 champion of the Toyota Texas Bass Classic held on the storied Lake Fork in Texas. Brent competed in the Bassmaster Elite Series and Jack Link's Major League Fishing events in 2018. When Brent isn’t practicing his finishing skills he spends time with his wife Kelley and has one son Ollie who was born in 2011.
http://www.brentehrler.com/https://www.bassmaster.com/anglers/brent-ehrlerhttps://www.youtube.com/watch?v=oApqSXLxLoYhttps://www.youtube.com/watch?v=gdyyA4gf42o

Read Full Bio
Mike's strong competitive nature is what lead him to his career as a professional bass angler. After winning back-to-back BASS events on the Arkansas River and Ross Barnett, Mike was able to fish full-time for a living. He went on to win two more events at the BASS Invitational level, four Elite Series events and has qualified for eleven Bassmaster Classics.
http://www.mikemcclellandfishing.com/https://www.bassmaster.com/anglers/mike-mcclellandhttps://youtu.be/yanurbn9prwhttps://youtu.be/a7472FiXTUA 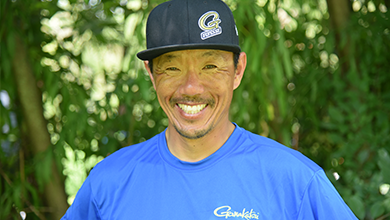 Read Full Bio
Shin is a full-time professional angler originally from Japan and now resides in the United States. He is honest and gentle with a great sense of humor. Married to his wife, Miyu. Shin started fishing through his older brothers’ influence when he was a child and always dreamed of being a professional angler in the United States. He joined a junior bass fishing program to compete in the tournament in Japan and turned professional in 1991. With a 13 year pro-angler career in Japan, Shin accomplished successful results and earned the opportunity to compete in the FLW Tour. He decided to accept the challenge even though he did not speak English. Since 2004, Shin mainly has been competing in U.S. tournaments, winning the FLW Tour Angler of the Year (AOY) in his rookie year. He is the only angler to win the AOY title in two countries, United States and Japan. He also has added 3-time single event victories and 20 top-10 finishes during his 9 year career in the America. Shin also is known as a hard worker practicing as much as he can and thinking about fishing both "on" and "off" the water.
https://www.shinfukaefishing.com/https://www.bassmaster.com/anglers/shinichi-fukaehttps://youtu.be/35HaS3zMVjwhttps://youtu.be/4nW62eEmqCEhttps://youtu.be/51Tuh4PmMSchttps://youtu.be/iYruqIbhVL0https://youtu.be/2hUDQgVm78Qhttps://youtu.be/7m4WPI857q0 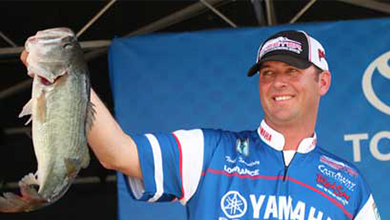 Read Full Bio
Texas native Todd Faircloth has established himself as one of the most successful pros on the national level, building a competitive resume that includes six wins and 45 top-10’s. Gamakatsu is proud to announce that Major League Fishing BPT Tour Pro Todd Faircloth has joined their Pro Staff. Faircloth, who has amassed more than 2.5 million dollars in earnings during his career and capturing five Bassmaster Elite Series titles along the way, is elated to be a part of the Gamakatsu USA family. "I am proud to announce that I will be joining the Gamakatsu pro staff for the 2019 season. I have been fishing Gamakatsu hooks since I was a kid and have continued to do so throughout my entire professional career. Gamakatsu, in my opinion has always been the industry leader when it comes to fishing hooks. They offer a hook for every fishing application imaginable, and I cannot wait to put them to work in 2019" said Faircloth. Gamakatsu is constantly testing new materials and striving to improve their products which already set the standard for the rest of the industry.
http://toddfaircloth.com/https://majorleaguefishing.com/angler/todd-faircloth/ 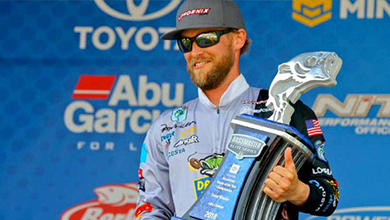 Read Full Bio
James was raised in a family where bass fishing is just part of the culture. Using that culture as fuel, James rocketed into the pro scene grabbing three 1st place finishes. James talks about his future in fishing “After six fantastic years on the Bassmaster Elite tournament trail, I’m now a Major League Fishing pro. It wasn’t an easy decision. I had a great time fishing the Elites and Opens and made memories that will last forever. I’ll always be thankful for the opportunities B.A.S.S. provided me. 2019 begins an exciting new chapter in my professional angling career.” When James is not fishing he spends his time running and weight lifting to stay in shape and help him unwind.
https://jameselamfishing.com/https://www.bassmaster.com/anglers/james-elam 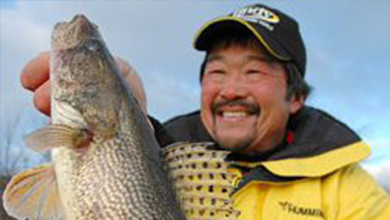 Read Full Bio
Takasaki. Gamakatsu. Two names synonymous with winning. It should be no surprise that these two legends have finally joined forces. Hall of Fame angler Ted Takasaki has used Gamakatsu hooks for decades and has always raved about the competitive advantages these premier hooks afford him. Gamakatsu has always been Takasaki’s hook of choice, and now the partnership is official; the Gamakatsu logo will adorn his jersey, boat, and truck. “I am very proud and excited to become a team player for this legendary hook company! Gamakatsu is the standard by which all hook companies aspire to be,” said Takasaki. “I have always used Gamakatsu in my tournament fishing and cannot wait to let everyone know that I am fishing with the best!” Ted’s achievements over the course of his 30-year angling career are expansive. His early days were consumed with walleye, and in a big way. He still retains a 53.2 pound, 5-fish tournament record, and was the first professional walleye angler to cash a six-figure check. Muskie and bass round out his passion.
https://www.flwfishing.com/anglers/ted-takasaki-301575https://midwestoutdoors.com/greatoutdoors/ted-takasaki-words/ 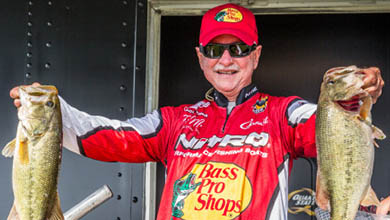 Read Full Bio
Stacey has been bass fishing since he was big enough to hold a rod and guide on his favorite body of water, Table Rock Lake. His excited about tournament fishing started around the same time Ray Scott entered B.A.S.S. tournaments. Stacey competed in local and regional tournaments until the early 80’s when he began fishing B.A.S.S tournaments. He qualified for 12 Bassmaster Classics. In 2007, he began fishing the FLW tour where he has qualified for 4 Forrest Wood Cups. Stacey has served on the Bass Fishing Hall of Fame Board of Directors and the Professional Anglers Association Board of Directors. He won the BFHOF tournament on Lake Ouachita in 2001 and the PAA tournament on Table Rock Lake in 2011. Stacey is also known for appearing often on fishing shows, specifically “The Bass Pros”. As much as catching fish himself, Stacey enjoys working with kids and teaching people about fishing.
https://www.bassmaster.com/anglers/stacey-d-kinghttps://www.bassfishinghof.com/alphabetical-listing-of-inductees/stacey-king/ 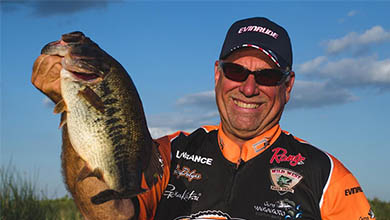 Read Full Bio
Gary has earned over two million dollars in winnings, awarded 40 boats, and has won more tournaments than any other angler in the region. No one can dismiss his dominance when he shows up for an event. When asked what tournaments stand out in his career he mentions some of his favorite wins, saying “There are a few tournament wins that do stand out in my memory and mean a lot to me,” he said. “The best win I’ve ever had happened this year at the U.S. Open on Mead. I’ve been in the top 5 far too many times, especially second-place finishes. This is the one event that ate at me. After my second-place finish last year, I was committed to putting forth a full effort into practice and trying to win the event. I finally did it. I won the U.S. Open."
http://dobynsrods.com/ 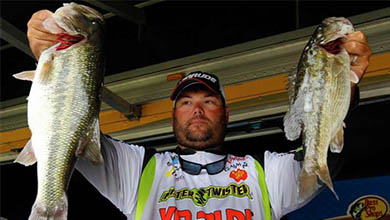 Read Full Bio
Clent Davis is a professional angler on the FLW Tour. He was the 2012 FLW Tour Rookie of the Year and the 2018 Forrest Wood Cup Champion.
http://ultimatebass.com/fishing/articles/bass-fishing-tips-and-techniques/soft-plastic-baits/flipn-out-with-elite-angler-clent-davis/ 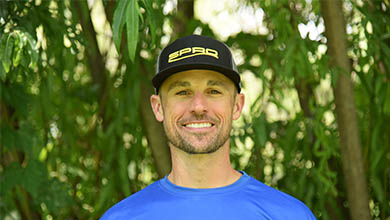 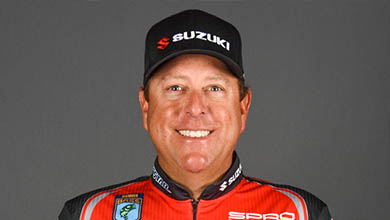 Read Full Bio
Bass anglers all around the world aspire to be successful in the sport of bass fishing and who could blame them. Fishing for a living doesn’t sound like a bad way to make money. With the ever-growing popularity of this sport, comes bigger and bigger paydays, which leaves the possibility of a pretty darn good living. Countless, local and regional, tournaments are held every weekend, in which anglers match their skills with the best in their respective area. Just like any other area, many try but few succeed. Dean Rojas, of Lake Havasu City, is a local angler that not only became one of the few, he is blazing a trail to the top. This Pro-File takes you along Dean’s path from a young man with a dream to one of the hottest anglers on the Bassmaster Top 150 Tour.
http://www.deanrojas.com/index.php/dean-rojas-videos 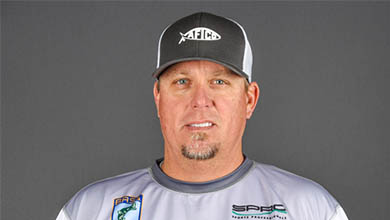 Read Full Bio
Russ Lane has been competing on the Bassmaster Elite Series since the beginning of 2006 and qualified for seven Bassmasters Classics. Russ won the AOY event on Lake Jordan in 2010. Russ also competes on Major League Fishing and has managed to win well over $1,000,000. One of his passions is to design products that help others catch more fish. During the off-season when Russ is not working for sponsors or new bait designs, he really likes to bow hunt. He says it helps him to relax and reflect on the previous season while preparing mentally for the next. Before his fishing career began, Russ played college and minor league baseball as a right-handed pitcher. His fastball reached 93 mph at times and a hard slider. Tournament fishing was a great way to stay competitive long after his baseball career was over. 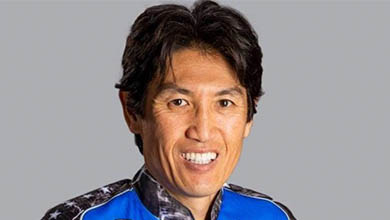 Read Full Bio
After saving up all his money and carrying one tackle box, a few rods, and some clothes, he made his first trip to the U.S. in 1992 to compete in the Texas B.A.S.S. Invitational. Unable to speak English and didn’t know anyone there, Takahiro competed in his first competition in America. Takahiro says “I was 21 years old and everyone I talked to in Japan told me I was crazy and impossible to be successful. That kind of stuff even motivated me more. I was young and I had nothing to lose.” He started as a non-boater and learned the ropes from the bottom up. It was really a struggle in the beginning without sponsors and he had to sleep inside an old truck most nights. Besides the difficulty of learning how to find and catch bass, he also needed to learn the language and culture. He had no idea that there was so much involved to being a tour pro. He says “ My only option was to catch some bass and win a tournament or go back to Japan as a loser.”
https://takahiroomori.com 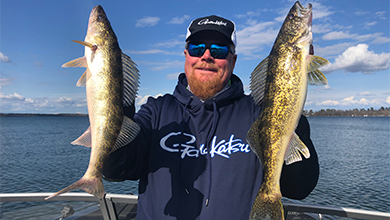 Read Full Bio
Brian “Bro” Brosdahl, of Max, Minnesota, is one of the most recognized and respected anglers in North America. Bro, as he’s known, is a multispecies angler best known for his influence on the sport of ice fishing. Several popular ice fishing products are based on his ideas.
https://brosguideservice.com/